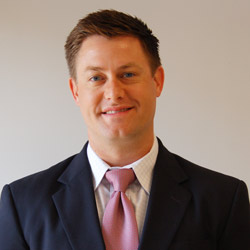 Jake represents individual and corporate clients in a wide variety of matters in state and federal courts at both the trial court and appellate court levels. Jake is admitted to practice law in all Maryland courts, the United States District Court for the District of Maryland, and the United States Court of Appeals for the Fourth Circuit.

Jake has tried several cases in the District and Circuit Courts of Maryland, and has twice been on the winning side as second chair in complex jury trials before the U.S. District Court for the District of Maryland. For the cases that do not make it to trial, Jake has negotiated favorable settlements for a number of his clients on a variety of subject matters.

Away from the office, Jake enjoys spending time with his wife and son. Jake is also an avid sportsman enjoying baseball, golf and skiing.