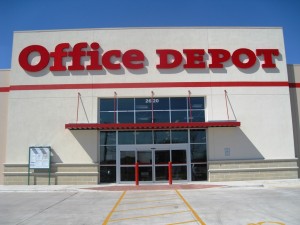 The firm is currently representing a Frederick couple in a lawsuit against Office Depot, the perennial Fortune 500 office supply and tech services corporation. The couple entrusted their laptop computer, which contained their professional and personal data and files, with an Office Depot store in Frederick, Maryland to allow the tech experts to obtain a price quote for some possible repair work on the laptop. Office Depot subsequently lost the laptop, along with the irreplaceable data it held. Gordon & Simmons filed an eleven-count Complaint in the Circuit Court for Frederick County, Maryland on the couple’s behalf that was centered around Office Depot’s failure to securely maintain possession of the laptop and includes claims, among others, for breach of contract, breach of express warranty, negligence, negligent hiring, retention, and supervision, negligent misrepresentation, promissory estoppel, conversion, and a violation of the Maryland Consumer Protection Act.

Office Depot attempted to dismiss the couple’s entire Complaint by relying upon a forum selection clause, which Office Depot argued forced the Frederick couple to pursue their claims against Office Depot nearly one thousand miles away in the unrelated State of Florida. The Court agreed that the couple should be able to maintain their litigation here in Frederick County, Maryland where they reside. Discovery in this case is now underway.